Contributing to financing the acquisition of a mass spectrometer for a research project on endocrine disruptors.

The expression endocrine disruptors (ED) indicates any substance or molecule foreign to the organism that acts on hormone balance and produces adverse health effects.  EDs can alter functions such as growth, development and behavior, as well as sexual and reproductive functions. At times, they can even have an impact on descendants.

At present a large quantity of endocrine disruptors are known; they are present not only in our food, water and some of our medicine, but also in household products and cosmetics. They are also, more generally, found in the environment, with pesticide sprays and other agricultural pollutants.

Increased difficulties in reproduction and problems of sterility, as well as diabetes, obesity and hormone-dependent cancers (thyroid, prostate, breast…) could result from exposure to endocrine disruptors. It has also been observed that EDs may disturb the hormone functions of the mother and the fetus, and it has been shown that low-birth-weight babies are liable as adults to suffer from obesity and diabetes.

Hence, Professor Virginie Migeot, in collaboration with the Inserm CIC 1402 Axe HEDEX team, is engaging in research studies pertaining to the impact of these endocrine disruptors on health, particularly in pregnant women, premature infants, diabetic patients, and patients with renal impairment.

In Virginie Migeot’s research project, support from the Aliénor fund will help to finance the acquisition of a mass spectrometer. Valued at 350,000 euros, this electronic equipment measures even the tiniest quantities of endocrine disruptors in the blood, milk, urine, tissues such as hair, the nails and fats.

The mass spectrometer, which is already present in several hospital establishments, has as a particularity the capacity to detect and quantify, in microns (minute traces)  the concentration of environmental chemical components in human biological fluids. This quantification renders possible a reliable estimate of corporal impregnation by endocrine disruptors in humans, and enhances the study of their effects on health. 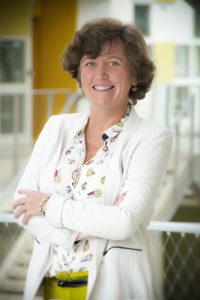